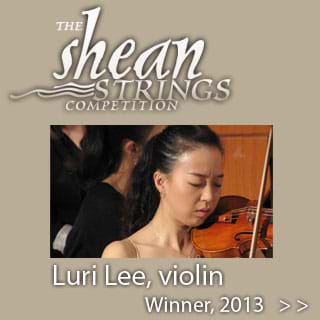 Jessy Je Young Kim is an 18-year-old violin student from Vancouver, BC who is pursuing a Bachelor of Music degree at The Glenn Gould School with Barry Shiffman and Paul Kantor. She began to play the violin at the age of 9 and won numerous awards in BC and across Canada. Notable achievements include winning 3rd prize at the National Music Competition and winning the Seattle Young Artist Music Festival in 2011. She has also performed with several orchestras including the Vancouver Youth Symphony Orchestra, the Vancouver Pilgrim Orchestra and the Philharmonia Northwest Orchestra of Seattle.

Along with her solo work, Ms. Kim enjoys playing chamber music. In 2009 and 20I0, she won first in the Junior section of the Friends of Chamber music competition and the Vancouver Academy of Music’s Elsje de Ridder Armstrong Chamber music competition. Her trio won first place in the Senior Chamber group at the 2010 BC Provincial Festival. In addition, she enjoys playing in orchestras; she has been the concertmaster of the Vancouver Academy of Music Symphony Orchestra since 2010, and has also played in the Surrey Youth Symphony Orchestra and Vancouver Youth Symphony Orchestra. In addition to playing the violin, Ms. Kim enjoys playing the piano. Recently, she completed her ARCT piano exam. She is the recipient of the 2012 Hnatyshyn Foundation Developing Artist Grant.